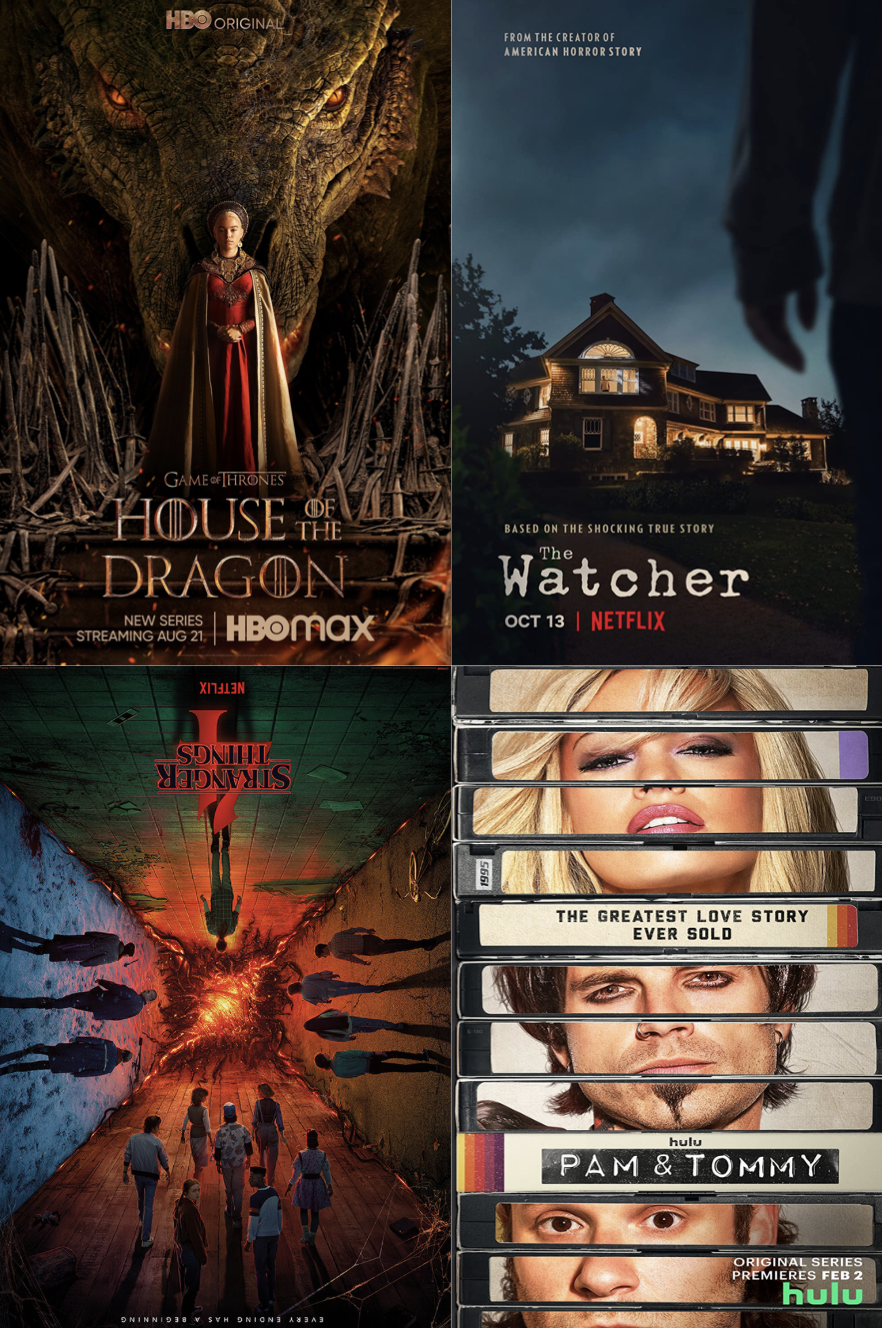 As 2022 wraps up we are excited to look back on all of your top recommendations in entertainment and places for the year! To thank you for sharing your top recs on your socials we will be having a giveaway:

*Create your own Top recs of 2022 (list must have a minimum of 5 recommendations) for media, places or both!

Have fun, and happy posting!

As we begin the final stretch of the year, we wanted to take a moment to reflect on all things entertainment! Here at RecSpot, we cultivated our own list of tv shows and movies that truly made 2022 special.

A family moves into their dream home, only to be plagued by ominous letters, strange neighbors and sinister threats.

In "Welcome to Wrexham," Rob McElhenney and Ryan Reynolds learn to run the third oldest professional football club in the world. In 2020, Rob and Ryan teamed up to purchase the fifth tier Red Dragons in the hope of turning Wrexham AFC into an underdog story the whole world can root for, but the concern is that neither have any experience in football or working with each other. From Hollywood to Wales, from the pitch to the locker room, and the front office to the pub, the docuseries will track Rob and Ryan's crash course in football club ownership and the inextricably connected fates of a team and a town counting on two actors to bring some serious hope and change to a community that could use it.

The reign of House Targaryen begins with this prequel to popular HBO series "Game of Thrones." Based on George R.R. Martin's "Fire & Blood," "House of the Dragon" is set nearly 200 years before the events of "Game of Thrones," telling the story of the Targaryen civil war with King Viserys I Targaryen's children battling for control of the Iron Throne.

After more than 30 years of service as one of the Navy's top aviators, Pete "Maverick" Mitchell is where he belongs, pushing the envelope as a courageous test pilot and dodging the advancement in rank that would ground him. Training a detachment of graduates for a special assignment, Maverick must confront the ghosts of his past and his deepest fears, culminating in a mission that demands the ultimate sacrifice from those who choose to fly it.

Al Ruddy's experience of making the 1972 film "The Godfather" with Francis Ford Coppola.

Disillusioned at the thought of taking down another "mark," depressed, low-level hit man Barry Berkman seeks a way out. When the Midwesterner reluctantly travels to Los Angeles to execute a hit on an actor who is bedding a mobster's wife, little does Barry know that the City of Angels may be his sanctuary. He follows his target into acting class and ends up instantly drawn to the community of eager hopefuls, especially dedicated student Sally, who becomes the object of his affection. While Barry wants to start a new life as an actor, his handler, Fuches, has other ideas, and the hit man's criminal past won't let him walk away so easily.

When an interdimensional rupture unravels reality, an unlikely hero must channel her newfound powers to fight bizarre and bewildering dangers from the multiverse as the fate of the world hangs in the balance.

A dramatic look at the glitz and glamour of 1980s Los Angeles and the rise of the NBA's Lakers, Dr. Jerry Buss and Magic Johnson.

In a tale of ambition and fame gone terribly wrong, Elizabeth Holmes develops healthcare technology that puts millions of patients at risk and loses everything in the blink of an eye.

The story of the ride-sharing company, Uber, from the perspective of the company's CEO Travis Kalanick, who is ultimately ousted in a boardroom coup after tense internal and external battles that ripple with unpredictable consequences.

Mark leads a team of office workers whose memories have been surgically divided between their work and personal lives; when a mysterious colleague appears outside of work, it begins a journey to discover the truth about their jobs.

Pamela Anderson and Tommy Lee's honeymoon sex tape is stolen and leaked to the public.

Created by Bill Dubuque ("The Accountant," "The Judge"), this drama series stars Jason Bateman as Marty Byrde, a financial planner who relocates his family from Chicago to a summer resort community in the Ozarks. With wife Wendy and their two kids in tow, Marty is on the move after a money-laundering scheme goes wrong, forcing him to pay off a substantial debt to a Mexican drug lord in order to keep his family safe. While the Byrdes' fate hangs in the balance, the dire circumstances force the fractured family to reconnect. 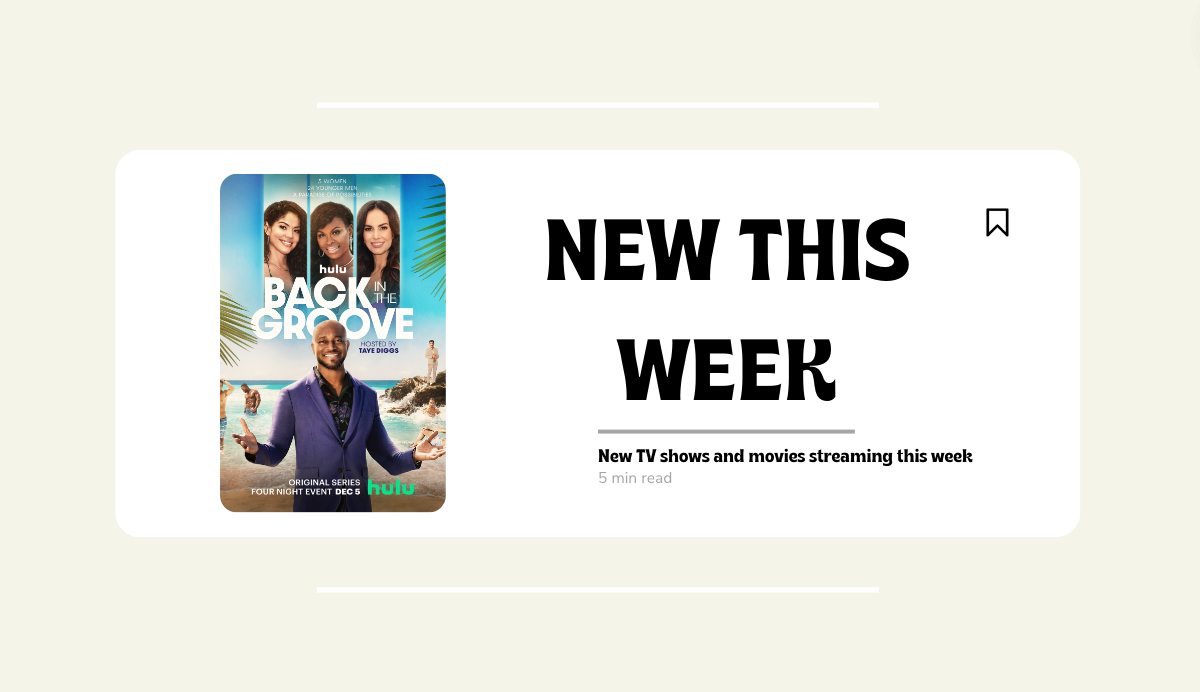 The Best Movies to Watch this 4th of July

10 Scariest Haunted Houses In the U.S

Running out of Holiday Gift Ideas? 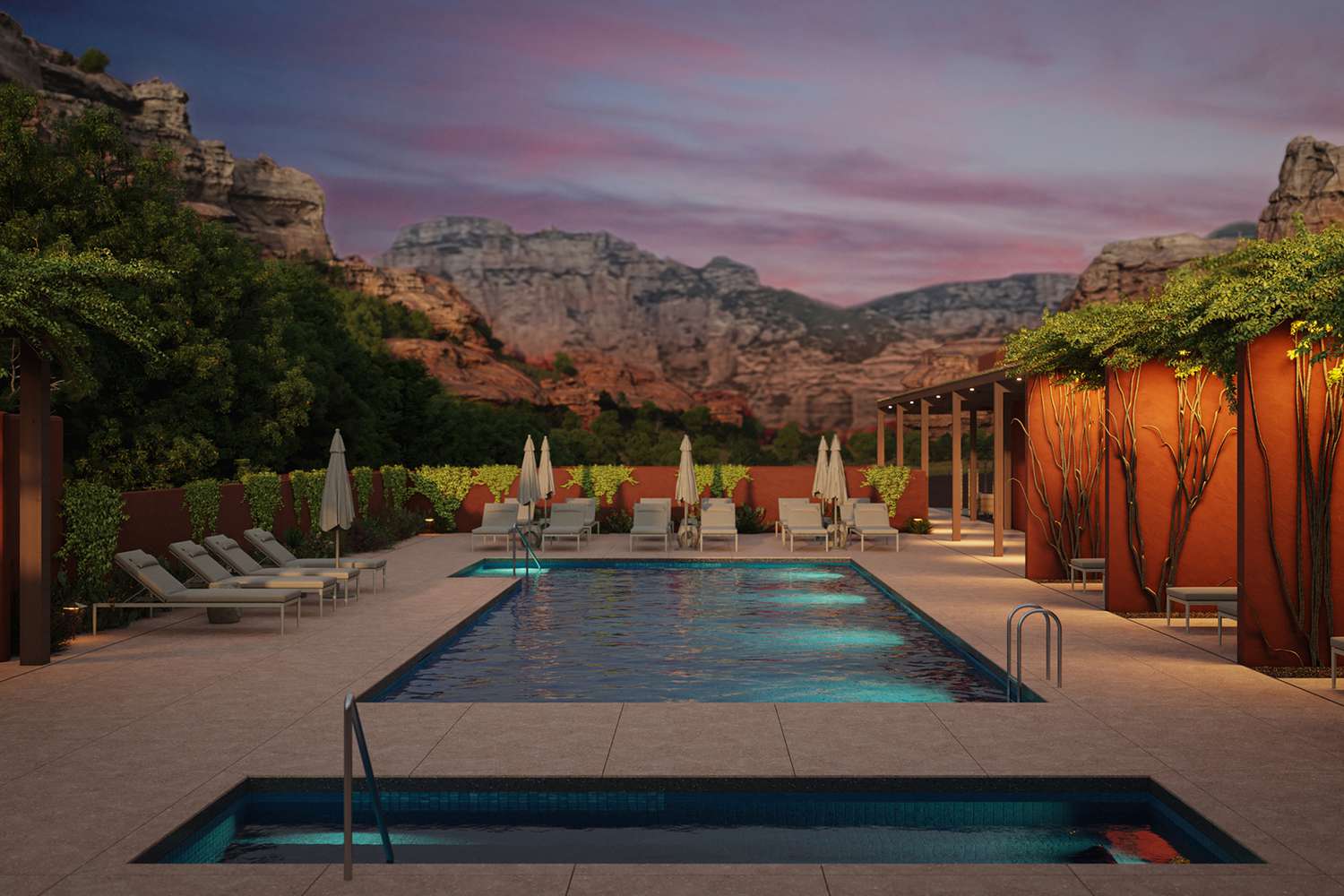